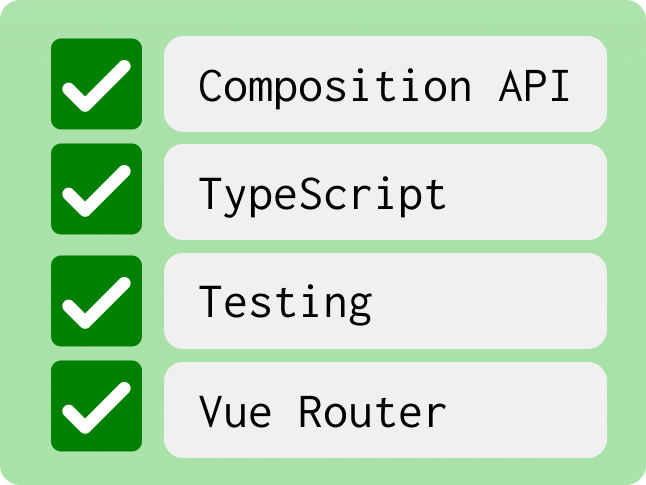 Get $10 off my new course, Vue.js: The Composition API, TypeScript and Testing with discount code HANDBOOK at the checkout. 🎉 . It's on both Gumroad and Udemy. Preview it here.

Each section is independent from the others. We start off by setting up an environment with vue-cli and writing a simple test. Next, two ways to render a component are discussed - mount and shallowMount. The differences will be demonstrated and explained.